Busker's origin dates back to the early 90’s when the group formed The Blue Route. The Blue Route recorded one original full-length album in 1996 titled Feels Like Sunday.  To support the album, The Blue Route toured in ’96-’98 mainly in Boston and NYC.  Some of the clubs played during that period include: Mama Kin (Boston)- The Middle East (Cambridge)- T.T. The Bear’s Place (Cambridge)-The Kendall Café (Cambridge)- Harper’s Ferry (Allston)- Downtime (The Bat Cave) (NYC)-The Bitter End (NYC)-Kenny’s Castaways (NYC) in addition to several colleges along the way.

Some of the musicians The Blue Route was fortunate to have shared the stage with include Mike Peters (From the Alarm), Gene Loves Jezebel, Simon Townsend, Cold Water Flat and GE Smith (From Saturday Night Live).

The Blue Route officially disbanded in 1999.  After a bit of a layoff…the creative juices started flowing again.  Paul Dubanowitz  (Lead Vocals/ Guitar) and Kevin Bannerton (Drums/ percussion/ guitar) from the Blue Route have joined with Chris Telep (from Mind the Gap on bass, guitar, percussion, vocals, keyboards and all sorts of other instruments) to form Busker.  The trio has written dozens of songs over the past couple of years and has completed an eight song LP entitled Gargoyle.  The recordings embody a unique yet familiar sound that invokes comparisons ranging from the groove of  The Wallflowers mixed with the catchy melodic hooks of the Goo Goo Dolls to the lyrical storytelling of Ryan Adams.  With a wide range of musical influences, you will find that each cut incorporates varying styles while maintaining a common "sound" throughout.

The band has added two new members, Kevin McGuire (Keyboards/ vocals) and Paul Kezmarsky (Guitar) and has recently recorded several singles including "Queen for a Day", "We Run", "Pieces" and an original Christmas song "On Christmas". The band has been writing and recording over the winter through spring 2107 released "cubed" a three song EP in June.

The recordings are available on iTunes and also at www.CDBaby.com/busker 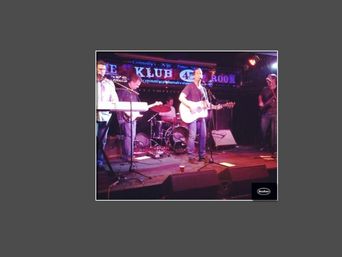